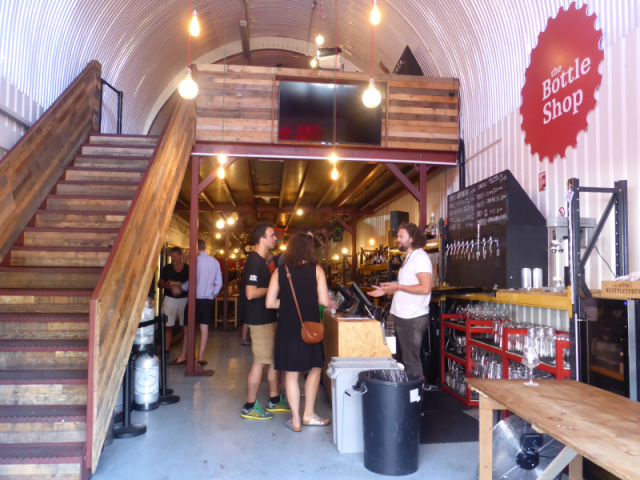 Opening hours: closed down in March 2019

In the old days, it was simple: the Bermondsey Beer Mile was all about breweries that had opened up inside the railway arches, which would double up as bars on a Saturday afternoon so that the brewers could show off their beer. But as time went on, things got more complex. The Bottle Shop was the first sign of change: a massive off-licence stocked with beer from all over the planet, none of it brewed in the building.

Again: not that there's anything wrong with that. Particularly as alongside the epic collection of shelves and fridges full of bottles and cans, they also ran ten taps of beer for drinking on the premises. And they had two stories of seating space, so there was plenty of room to sit down and drink no matter what the delivery system. As I said in the early days of this site, "if you can't find something in here that makes you happy, you simply don't like beer."

All that's in the past tense now, I'm afraid, as The Bottle Shop is the first BBM enterprise we've had to mark down as being defunct. See the comments below for more details.